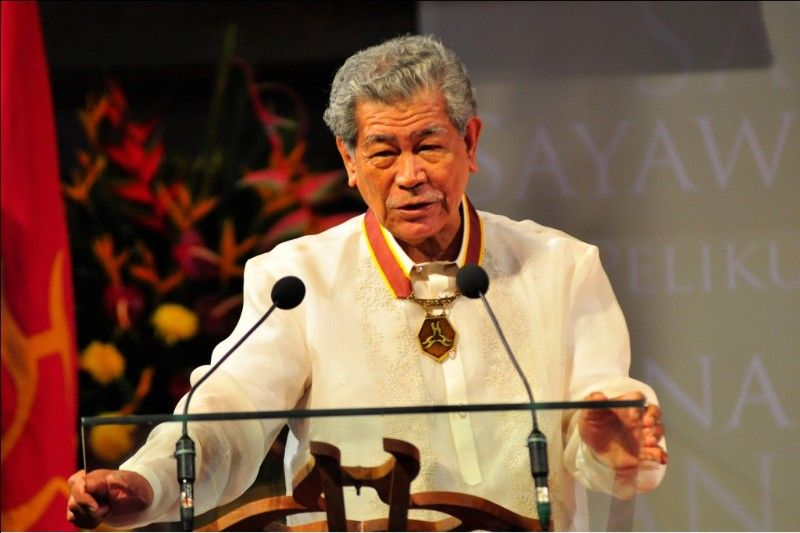 The late Prof. Dr. Florentino Hornedo, the Philippines’ foremost scholar on Ivatan cultural heritage, was commissioner of the UNESCO National Commission of the Philippines. In 1999, he chaired the UNESCO Committee to draft the Washington D.C. Statement on International Intangible Heritage at the Smithsonian Institution. He was also a commissioner of the Komisyon sa Wikang Filipino and a member of the Gawad sa Manlilikha ng Bayan Committee of the National Commission for Culture and the Arts (NCCA).

MANILA, Philippines — The National Commission for Culture and the Arts (NCCA) announced April as the celebration of the National Literary Month (NLM). This year’s Buwan ng Panitikan is anchored on the theme “Muling Pagtuklas ng Karunungang Bayan.”

The annual celebration is mandated by virtue of Proclamation No. 968 that was signed in 2015.

“National Artist for Literature Rolando S. Tinio wrote, in 1975, that literature is the collective memories of a civilization. Thus, the very reason for celebrating #NLM2022 is to reminisce and recollect the memories of our race,” intoned Dr. Michael Coroza, head of the technical working group, during a message he gave at a recent virtual press briefing.

“Our ‘karunungang bayan’ is comprised of epic tales, fables, folk stories, riddles, and the like. And all these will be made into monogram for pupils in the primary level with Filipino-centric and Asian-centric focus to better foster our identity as a race,” enthused Dr. Arturo Casanova of the Komisyon sa Wikang Filipino (KWF).

“We are connecting the past and the present in the face of a global pandemic – crossing the bridge to rewrite our story amid the shifting directions of the times. The Book Festival runs from April through October, together with the other events of the KWF and NCCA,” revealed National Book Development Board (NBDB) chairman Dante “Klink” Ang II.

To drumbeat the crusade, Sentro Rizal Youth Ambassadors SB19 sang their patriotic ditty “What?,” extolling the virtues of raising the Philippine flag.

“There will be competitions on the Laji, Balitaw, and Leleng for elementary and high school students. The Laji chronicles the life of the Ivatans in Batanes that is sung in rituals and celebrations. The competition will be called the Timpalak Florentino Hornedo.